Keys locked in the boot. Removed plastic cap from door lock which was hiding the keyhole in order to get my pick into position. Then I picked the lock open within 5 minutes. Wood Green shopping centre, Caxton Road, N22, Haringey, North London.

No car keys. Customer’s keys were taken away on holiday by his landlord by mistake and therefore he didn’t have his car key. Picked lock with great difficulty and eventually cut a blade for this car. Programmed transponder chip to the car diagnostically with Zed Full with car starting with no problems. Manually programmed a genuine Ford 3 button remote control fob to the vehicle. Upper Clapton Road, E5, Clapton, Hackney, East London.

with keys locked in the boot. Lubricated the CY24 door lock because the lock was very stiff. Unlocked the door and the customer climbed into the car to gain access to the boot where the keys were. New Barn Street, E16, Canning Town, Newham, East London.

A young lady had lost her car keys in Gallions Reach Shopping Park, Armada Way, E6, Beckton, Newham. The car door was open and I managed to find the Car Pass card from the manual with security code and key number code. Cut the remote flip blade to car and then proceeded to programme the transponder and remote control fob.

Keys were in the ignition with doors locked. Had a Fiat 500 lock which made it possible to pick the door lock with SIP22 lock pick. Fairly easy lock to pick. Belvedere Road, SE1, Waterloo, Southwark. 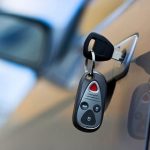 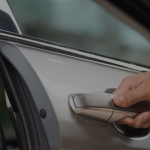 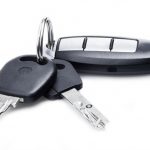 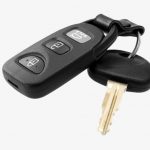